“Definition of Done: a shared understanding of expectations that the Increment must live up to in order to be releasable into production.” – scrum.org Why Definition of Done is Important

In order to describe something as “done”, you must know what “done” means. By defining “done”, you and your team can begin measuring progress in a consistent manner. A good definition of done promotes transparency throughout the team and brings everyone on the same page. Let’s look at an example of an exchange where definition of done could have helped.

Product Manager: “I see this feature is marked as ‘done’ but I’m not seeing it in production.”

Developer: “Oh yea, it’s done but we still need to test it and then deploy it.”

Product Manager: “So… it’s not done?”

A small, young team might have a light-weight DoD. A large, mature team may have an extensive, strong DoD. No matter the size or type of team, DoD should be used to assess when work is completed. In other words, “done” = completed.

Example of a Definition of Done for a Feature

The DoD doesn’t need to be an extravagant document. It can be a simple checklist, and it should continue to evolve and change as the team does the same.

Changing the Definition of Done

As teams grow, the DoD changes and strengthens. A good time to address changes to the DoD is during the sprint retrospective but you can change the DoD any time. A couple things to consider when changing the DoD:

Enforcing the Definition of Done

In order to enforce the DoD, people need to know about the DoD. Print it out. Bookmark it. Do whatever you need to do to share it with the team and get their buy-in and contribution. Embed it into your task management tool, and revisit the DoD during sprint retrospectives to make sure it’s always at the top of mind and always evolving.

When “done” means different things across the team, it creates a team moving in a variety of different directions at different speeds. “Done” is more than simply writing code. Maybe “done” also means training the support team, or having product documentation written. There isn’t a single DoD that will work for each team and product. DoD is a living and breathing thing, unique to your team. 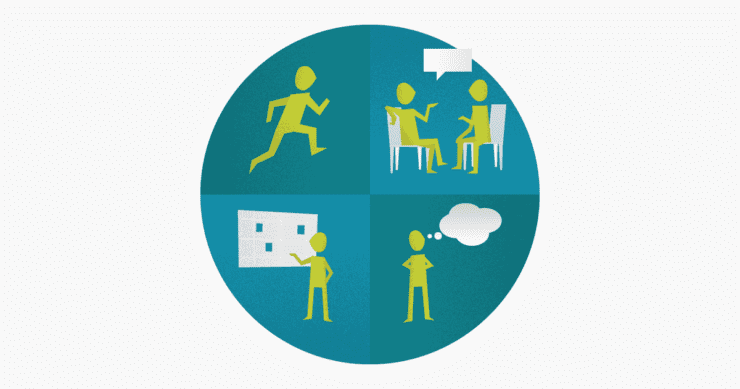 Agile ceremonies are a repeating sequence of meetings a scrum team holds. They ensure the team is moving in the right direction and always improving. The Importance of Backlog Grooming