A central goal of software testing is to find issues, especially critical ones, before they cause a problem in production. For example, it’s usual for software to have been designed with a specific use in mind, but the user doesn’t always understand the same way as the developers and testers. As a result, when used other than intended, the software can cause a crash, bringing business to a halt. This article discusses one measure to prevent these kinds of errors, known as destructive testing.

What is Destructive Testing?

As a tester, you have probably been in a situation where an issue is reported because a user did something unexpected. Your thoughts may have been: “Why would someone ever do that?” “What were they thinking?” or “Isn’t it obvious what you’re supposed to put in that field?”. Destructive testing is a method that uses the system in a way other than intended to make the software program deliberately fail. How the system responds is then analyzed.

Imagine you want to test an image upload feature, and the requirements include: .jpeg only, 10 MB maximum. As a tester, you will check .jpeg images at 3 MB, 8 MB, 10 MB, and 10.1 MB. Next, you test for .bmp and .png file types to make sure they are not accepted. Now, you picture yourself as a user and attempt to upload a word doc, .csv, .pdf, and .txt. Can the user drag and drop the file? Can you enter the text as the file without uploading anything? If one of these tests gives an error, does it also crash the site? This is just one small example, but it is easy to imagine a user doing any of these actions.

It may be challenging to anticipate erroneous actions of users, but luckily, several tools are available to help in destructive testing. Some of the tools are data-driven and allow the tester to perform actions as a user who is uninformed about the internal workings of the software program. Other tools are automated that let the tester fuzz test the system using fault injection techniques.

Automated destructive testing can be done by fuzz testing or fuzzing, a form of fault injection. Random data, known as ‘fuzz,’ is entered into the system to find vulnerabilities.

It’s also important to note that some methods can permanently disable a system. Therefore, testers should make sure they understand the complexity of the test and any potential consequences of destructive testing. SQL injection has the power to change data, so ideally, the tester would ensure database backups have been performed and rollback measures have been planned. Load testing can take all network resources, so the tester could inquire about a devoted network. Fuzzing can put a strain on a CPU, causing it to overheat or consume all available memory. A tester should make sure their environment and its resources meet the needs of the test. These tests could also set off alerts in other departments, who, if uninformed, may believe the threat is viable. The best practice is to communicate with other teams and departments, so they know when you are performing this type of testing.

Destructive testing can be valuable when issues are found and then resolved before reaching production. Testing can be challenging if you lack information about the user. Some tools can help the tester to identify with the user. However, these are often provided by another department and may not be readily available. Destructive testing can break a system, so it should be performed in a controlled test environment. Analyzing the results can help improve the system’s performance when the issues are addressed by developers. 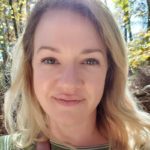